I felt empowered by choosing not to have a reconstruction

Juliet, from Hertfordshire, explains how she had thought that a breast reconstruction was inevitable, and how realising it wasn’t was a huge relief. 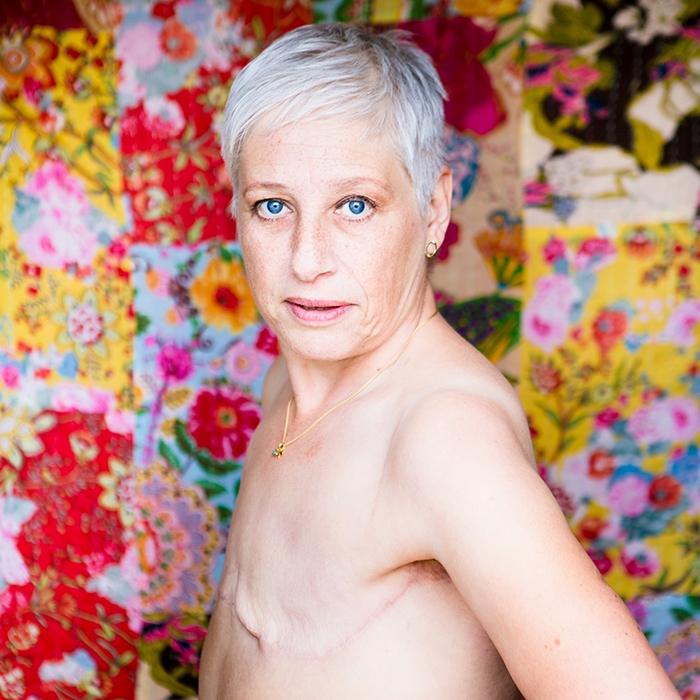 I felt so well

My breast cancer was picked up on my second routine screening in January 2016. I hadn't felt any lump or seen other signs, so it was a major shock. I had felt so well, I wasn't expecting it at all. After a biopsy and scans I was told I had a tumour in my left breast, that I would need a lumpectomy and radiotherapy.

I knew nothing about breast cancer

I had never known anyone who had been diagnosed. I felt clueless and panicked. I started searching around on the internet and came across Breast Cancer Care's information. I called their Helpline, who were amazingly helpful, and listened to all of my concerns.

Having a mastectomy floored me

After surgery I was told that I would need to have another operation, this time a mastectomy – the second biggest shock of my life, after my diagnosis. I was devastated.

I was given a lot of information around the surgery and shown a series of photos of what my body might look like after the mastectomy and then after a breast reconstruction. But I was in shock and didn't absorb it properly. I just remember flicking through a gallery of photos of different people’s chests.

It was assumed I'd have a reconstruction

I was large breasted, and one option was to have a DIEP flap. The nurse explained how it would work, taking fat from my stomach to help rebuild my left breast. Everything was spoken about as though it was next step in my treatment, as though it was inevitable.

It was recommended not to have immediate reconstruction at the same time as the mastectomy because I would have radiotherapy soon after, but they said they'd make the appointment with the plastic surgeon and a year later I'd have my 'lovely new breast'.

I knew no different – I didn't know anyone who'd had a reconstruction or even breast cancer, and I had got so used to following what the medical professionals told me to do.

I realised I had a choice

After a few days I started thinking more about the situation. I'd always been a bit worried about the very long operation. I didn't like the idea of any surgery at all, so it concerned me quite a lot.

I then started thinking, what if I don't have one? What would that be like, or look like? Ideas and thoughts started going around my head. One day I Googled, 'not having a reconstruction after breast cancer'. I found blogs and stories, and a group called Flat Friends. I suddenly realised I didn't have to have a reconstruction.

A lightbulb went on in my head, 'I don't have to go through with it.' It wasn’t inevitable. I spoke to my husband about what he thought, and he was brilliant. He said, 'what you decide is right for you, and that's fine for me.'

How would I feel without a breast?

I realised I wouldn't know until it happened. I went to see the plastic surgeon anyway to talk through my options. But in my pre-surgery consultation before my mastectomy I proposed the idea of not having a reconstruction, and removing both breasts. I thought if one was going, I could have the other side removed too.

However, it’s not straightforward having a mastectomy on the other side if there is no evidence of cancer there, or you don’t have a significantly increased risk of developing breast cancer on that side. There are lots of things to consider for both the surgeon and the patient. In my case, after lots of discussion and because of my individual circumstances, the surgeon agreed, and the following year I had my other breast removed.

I felt a huge relief 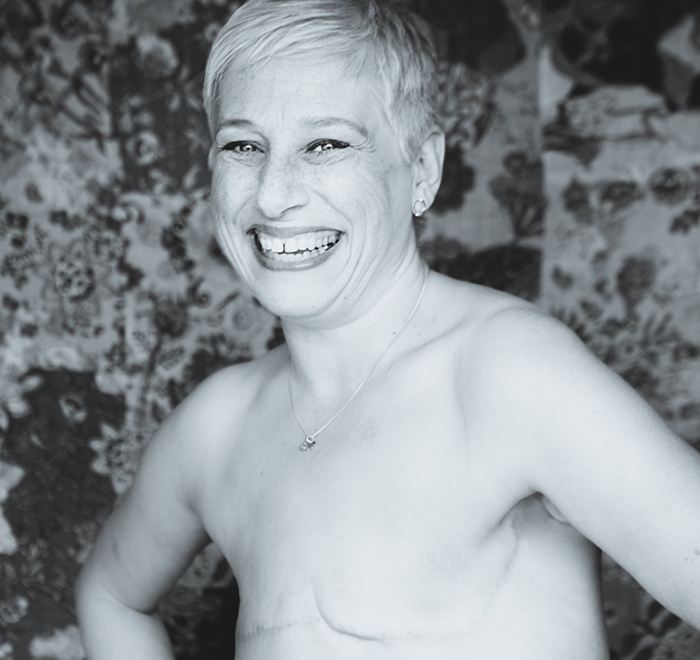 After my breasts were removed I didn't feel happy, as I was still losing my breasts, but I was definitely relieved. I had been able to make the decision around my own body. Once that happened I felt a lot happier, and my head was a lot clearer.

Two years ago I would never have thought I would feel happy or at ease with myself without having breasts. I feel for me, I've made the best of a bad situation. I feel happy and confident in my own body.

I feel empowered by my decision

I've drawn a lot of strength and empowerment from my decision. I think I'm now a more positive 'me', and feel so much more like myself after the rocky road through treatment.

Juliet's top tips if you're thinking about breast reconstruction

1. Take all the time you need – don't let yourself be rushed into making a decision. It can be difficult to see clearly when you're in the midst of diagnosis and active treatment.

2. Ask for advice – there are many trusted sources who can talk through your options with you, including Breast Cancer Care's nurses or people who have had different experiences of reconstruction.

3. Be true to yourself – don't let others influence what you want to do. At the end of the day, it's your body that will be affected.

Juliet also writes for her own blog, Blooming Cancer.

If you're considering whether or not to have a reconstruction, you can speak to our trained volunteers who have had different experiences through our Someone Like Me service.

Nicky struggled with her mental health after breast cancer treatment and worked hard to rebuild herself. She shares what she struggled with, what helped her, and where she is now.

Despite multiple visits to GPs, Nicky was told for more than a year that the change in her breast was nothing to worry about. She tells us about her frustration, her eventual diagnosis, and how she's coping now.

When Claire first noticed some small changes to her breast, she wasn’t sure whether to get them checked. Now, she realises the decision may have saved her life.